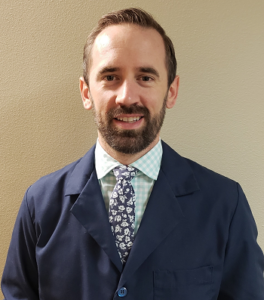 The problem I was having, even up until VERY recently, was that I was falling into the same trap that so many other chiropractic patients fall into.  I was getting adjusted when my back hurt, then disappearing from care as soon as I was out of pain.  Even though I know better, I even went to school to teach others to know better,I wasn’t doing anything to actually correct my spine.

I would love to tell you that I wisened up all on my own and took control of my health on my own terms, but just like nearly every other person out there, I waited until it was too late.

I experienced a low back injury like none other I’d ever had before, and it terrified me.  This injury was different from any other I’d ever had on a few levels.  The first difference was the intensity of the pain.  For the first time ever, I left work because of low back pain that was so bad it actually made me sick to my stomach.  I went to urgent care and started taking muscle relaxers, and the muscle spasms in my back were just so bad that it just sidelined me.

I had pain with sitting, standing, tying my shoes, and even walking, which had never been the case in the past.  The other difference from my previous injuries, and the one that scared me more than anything, was how I injured myself.  It wasn’t a bike accident or a wipeout while snowboarding or a fall in a basketball game like my previous injuries.  This time I was injured while walking on uneven ground, and I stepped in a shallow dip when I wasn’t expecting it.

That’s All It Took.

One bad step turned an active 32-year-old into an absolute mess that couldn’t even make it through a day at work. I started thinking about what my life was going to look like if all it takes to sideline me from my day-to-day activities is a mis-step on uneven ground. dominate them in a game of pick-up basketball in the driveway when they’re still way shorter than I am, of course?
What’s going to happen if my wife and I have kids and I can’t even, 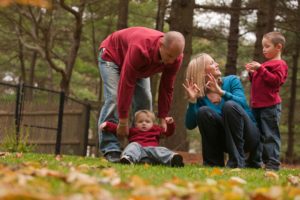 What’s retirement going to be like if I couldn’t golf?

These are the places my crazy brain took me, and that’s when I knew I had to take control of my spinal health.

Luckily, shortly after this episode, my wife came across a Total Health Chiropractic ad on social media and suggested I go in to meet Dr. Dillon, and of course I took her advice because she always seems to know what’s good for me even when I don’t.

After talking with Dr. Dillon and his team, I knew that this was exactly where I needed to be.  I started getting regular chiropractic treatments, altered my diet to cut down on the inflammation in my body, and was able to start exercising more.  For the first time, I truly felt that I was correcting the issues with my spine rather than just getting out of pain.

After a very short time, thanks to my experience as a patient at Total Health, I was driven to go back into practice as a doctor of chiropractic, and it only made sense that I join Dr. Dillon and his team here at Total Health Chiropractic so I can help others experience that same shift in the direction of their health.

Now my history with acupuncture is much, much different that with chiropractic, but before I get into it, let me address the elephant in the room.  When I even say the word Acupuncture, I know most of you immediately think of the needles.  I could swear to you all day long that acupuncture needles don’t hurt, that at worst it feels like would be like you’re plucking a hair, but I’ve found that it’s just easier to show you.

This is going to be a little difficult to see, but I just set an acupuncture needle in my hand.  You can see the red handle here, and you might be able to see the need there, but it’s pretty small.  When you think about acupuncture needles from now on, I want you to think of this tiny little needle rather than a needle that they’d use to draw blood.

I had no trouble needling myself, but I guarantee I wouldn’t be able to draw my own blood.

Now back to my acupuncture story.

I had no experience with acupuncture until I was a grad student, and I was treated a number of times as an adjunct to the chiropractic care I was receiving.  After I graduated from chiropractic school, I was still really intrigued by how well the two arts worked in conjunction with one another, so I decided to go back and earn my certification in acupuncture and meridian therapy.  It wasn’t until after I was certified and seeing my very first acupuncture patient when I realized how important of a role it was going to play in my chiropractic career.  You see, I assumed that I would be using acupuncture strictly to enhance the effects of chiropractic care, using it for things like treating trigger points and calming muscle spasms in the areas that I was going to be adjusting, but I found out right away that I was SO wrong about that.

I had set up my first patient’s appointment for help with their headaches, but as soon as we sat down to discuss their symptoms, the patient informed me that they had heard that acupuncture could help with the anxiety and depression issues they were dealing with.  They told me that over the prior year there had been no motivation to do anything to take care of their health, and the headaches were really just a product of their emotional state.  I did my best to not show how nervous this made ME and we started the treatment, and after placing just a few needles, two of which were in their jaw, the patient stopped me to tell me that for the first time in over a YEAR it felt like their jaw relaxed, almost as if they had been in a constant state of clenching their teeth together and that finally went away.  The patient later told me that after that very first treatment they went to the grocery store and felt motivated to buy healthier food because they finally felt like we’d broken that feeling that they’d been having for so long, that sense that no matter what they did there was no way to take control of their health.

That feeling was now gone.

Since that first experience, I’ve continued to see patients with all sorts of conditions and symptoms outside of the realm of musculoskeletal complaints that I THOUGHT I’d be treating.  Things like digestion disorders, infertility, even glaucoma.  It didn’t take me long to get over being surprised by the conditions I saw in my patients.  I now get to look at each new patient and new condition as an opportunity to play my part in someone else’s story of how they took control of their life and their health.

Now I’m not going to get into how and why acupuncture works in this video – I’ll have another video specifically dedicated to that, and Dr. Dillon will have a similar video about chiropractic.

Thanks, and be well.